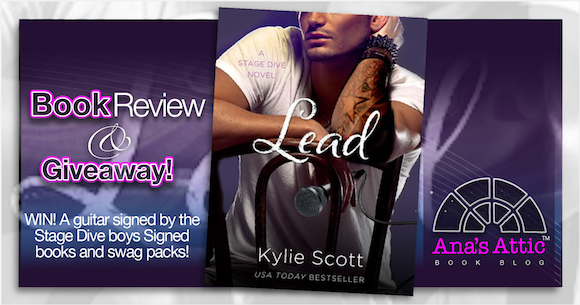 Though each book can stand alone, I recommend you read in order. Adult Rock Star Contemporary.

I absolutely love The Stage Dive Series by Kylie Scott. First in Lick, and then Play, Kylie Scott blended emotion, angst, fun, heart wrenching, heartwarming romance together into the perfect package. I love a book that makes me laugh but can make me cry too, and this series is perfect for that. Though Lead can stand alone, it would be a way better read knowing the background characters from the first 2 books.
.
Being that I love a happy book, Play was one of my favorite books ever, and I was so excited to find that Mal was the sweet comic relief in this book as well. In fact, it was Mal who hired Lena when he saw her standing up to her boss as she got fired.

“You’re a bit of a smart ass. I like that.”
“I really think you could be the one, Lena,” the drummer said, pulling me from my thoughts.
I blinked. “That so?”
“It is. I mean look at you, you’re so cute and cuddly. But what I especially love is how you’re giving me that go-fuck-yourself look from behind your foxy glasses.”~Mal

The one? Yup, the one to be Jimmy Ferris’s live-in ‘assistant’ after he ran off all of his sobriety companions. Lena was hired to basically keep him off drugs. Jimmy has had it rough, and had a harder past than we ever found out from his brother, David– he protected his little brother from so much.

“He always seemed so polished, so perfect, you could almost ignore the chaos and pain living inside of him.”

Jimmy and Lena had some great banter. In fact, they fought every chance they got.

“I don’t know why the fuck I put up with you.”
I shrugged. “No, me neither. But you keep paying me so I keep hanging around.”

Jimmy doesn’t know how to do intimacy. He’s never really had it. Every time they get a tiny bit closer, Jimmy fucks it up, or moves it back to the banter. But Lena can’t help it, she is falling for the gorgeous, broken lead singer despite herself. The curvy heroine doesn’t even think that they are in the same league, so she ignores all of the signs and just has a wild crush on him from afar, and just takes what she can get.

“Verbally sparring with Jimmy was fast becoming more fun than I’d had with most other men naked.”

She soon starts to realize that despite her curves, he might have really feelings for her. But would never admit them, even to himself.

“So, Lena, darling, tell me, for curiosity’s sake. When do you put out?”
I stepped closer, going toe to toe with him. He got worried then, the dimples disappearing and his forehead creasing. So he fucking should.
“Jimmy, my love,” I said, my voice soft and sweet. “I don’t fuck a guy until he has the balls to actually man up and talk to me about his feelings.”

Despite her snarkiness, she needs to get over her crush to survive; she knows it’s out of control.

“Jimmy Ferris as an illegal, dangerous, controlled substance. Funnily enough, I could see it. The man affected me on all the levels no matter how much I tried to resist, damn it.”

She can’t stop her feelings so easily though.

“You’re watching me all the time and it’s fucking creepy. I can’t take it anymore.” -Jimmy

Watching the friendship and closeness develop between them so naturally was lovely. Jimmy had never had anyone in his life that cared for him the way she did. He didn’t know what to do with it.

“Don’t hate me, Lena,” he whispered. “You want to be mad at me when I do dumb things, that’s fine. But don’t ever hate me. I couldn’t take that, not from you.”

Let me tell you–there is a lot of resistance in this book. If you’re looking for instalove, or instasex–it’s not happening here. But it was worth the wait, and as always, Kylie blended hot and sexy with humor.

“I stared at his cock, mesmerized. Even incased in rubber it remained a thing of true beauty. Had I any talent with a pen, I’d have written it poems. A haiku perhaps.
“Lena?”
I was hypnotized, helpless. Cock-struck.”

“He ate me like a man deprived, starved. He ate me like I was his favorite meal. Vaguely related, apparently singers had excellent tongue control and strength.” 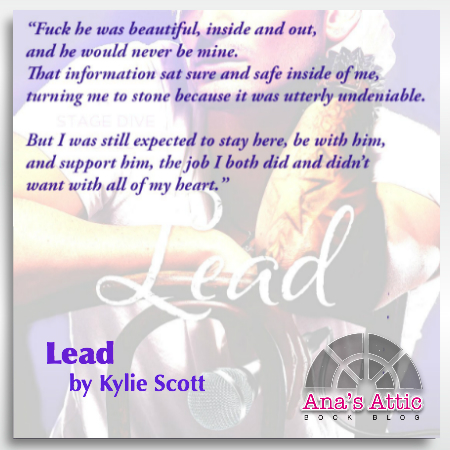 Kylie Scott is amazing. I love her characters, and in this one, it’s actually Lena I fell in love with. She was feisty, funny, curvy, and so REAL. I wish we saw a bit more of Jimmy in this, considering it was his book, and I felt we could have delved a lot deeper into him, which was a bit disappointing, but I think Lena mostly made up for it. I will just say, without giving up too much, that I started to get a little impatient. I like to see my couples together more, and I felt I waited too long for an ending that was just a bit too quick for my tastes. Still, I can’t wait for Ben’s book! 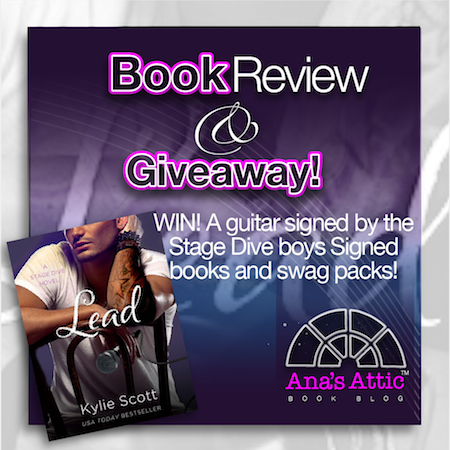